An incredibly productive week was had by students from Wiltshire College and University Centre attending the November Wolf Tracking Seminar in the Western Carpathian Mountains with Large Carnivore Conservation & Education Group “Wildlife Seminars”.

Everyday was spent out in the field tracking and carrying out field work. The students were fortunate enough to follow and observe the tracks of the “Halny” wolf Pack that occupy the Żywiecki Beskidy Mountain Range. Many fresh Wolf scats were collected throughout the week, which were able to be processed and sent away for genetic analysis.

One day later in the week was blessed with clear blue skies whereby the students made the most of the opportunity by climbing Mt. Romanka giving great views. We also utilised this opportunity to set and collect information from nearby camera traps.

Students also observed lynx tracks across various transects with one Lynx being caught on camera trap with three kittens. This is a first for a Wiltshire College group and an exciting prospect for the conservationists working in the area.

Pine Marten, Fox and Golden Eagle were also observed along with an incredible sighting of a Golden Eagle that swooped past the front of the group at eye level. Students were also tasked with using GPS systems in the field and the principles behind radio telemetry with an opportunity to practice their skills.

Approximately 80 kilometres of transects were covered during the seminar with each day gaining indirect evidence including hair, scats, tracks and other species-specific identifiers. Each evening lectures took place focussing on large carnivores and current conservation efforts in Eastern Europe. This enabled the students to gain a firm understanding of the ecology, anatomy and behaviour of the animals they were out tracking in the day.

A skull and dentition workshop was conducted on a particularly rainy day whereby Deer were aged through their dentition markers and large carnivores identified through particular anatomical features. This gave the students the opportunity to identify skulls of large carnivores and ungulates with the aid of dichotomous keys.

The group were taken up to a nearby meadow centred between two valleys under Mt. Romanka during early evening to Wolf Howl to gain a response. There was no response on this occasion however the evening was finished with a big campfire and some local delicacies,

We are sure this will be a truly memorable experience for them on their premier visit to the Western Carpathians and hope it provides an experience in working for an active conservation organisation. 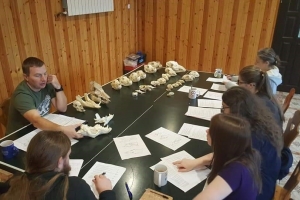 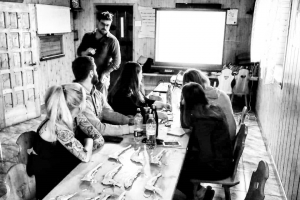 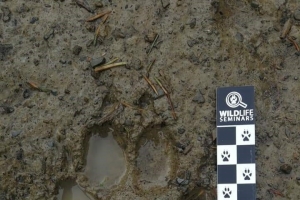 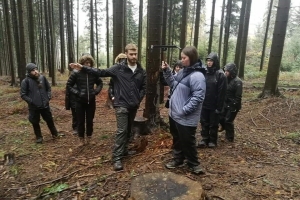 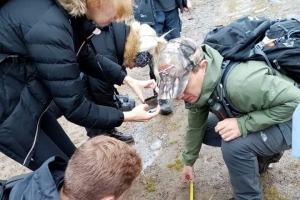